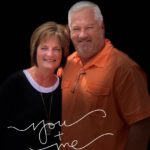 John has been involved in the Springfield Area Baseball scene since the 1960’s. Raised through the Kiwanis Park Board system and part of the Central HS 1974 Quarterfinal team, Poppa Hart began coaching baseball in 1979 and has worked for Kickapoo Legion, Willard High School and Legion, College of the Ozarks, the Midwest Nationals and now 417 Youth Sports. Along the way, John was inducted into the Missouri High School Baseball Coaches Association Hall of Fame in 1996, the Midwest Nationals Hall of Fame as Head Coach of the 2005 Premier Nationals Championship team and as the 1st Inductee into the Willard Legends of Baseball. John was inducted into the Missouri State Sports Hall of Fame in 2021. Julie also comes with Athletic History by spending 12 years as the Assistant Athletic Director at Willard High School. 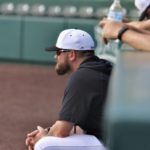 Tyler is a 2008 graduate of Willard HS where he was a two time All State Outfielder for Hall of Famer John Hartley & Current Coach Scott McGee as well as a 4 year member of the Midwest Nationals for Randy Merryman. He accepted a Full Ride Scholarship to College of the Ozarks to play baseball, where he was a 2 time All Conference Outfielder there. His career was cut short with hand surgeries and he came home to finish his B.S. in Kinesiology at Missouri State University. He has coached 4 seasons at New Covenant Academy as the Associate Head Coach, 5 years with the Midwest Nationals, 5 years with 417 Baseball, and 1 year as an owner of Marucci Midwest. Tyler is in charge of rosters, schedule, and all recruiting for 417 Baseball. Tyler is also an owner of Heart of America Tournaments. 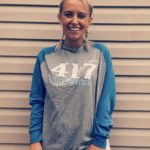 Mackie Karlson is entering her first season at 417 Youth Sports. A Nixa, Missouri native, Mackie graduated in 2015 from Nixa High School and has a bachelors’ degree in Exercise and Movement Science from Drury University. Prior to 417 Youth Sports, Mackie held the role as the Operations Director of US Baseball in Ozark, Mo for 5 years. Mackie's love for both baseball and her experience in youth club volleyball as a player herself, are both assets to the program along with her love for 417 and the mission we hold. Mackie is also the Assistant Director of Heart of America Tournaments.